‘windows rattled and the subdivision was filled with soldiers’; This was captured by ‘G-1’ in Durango 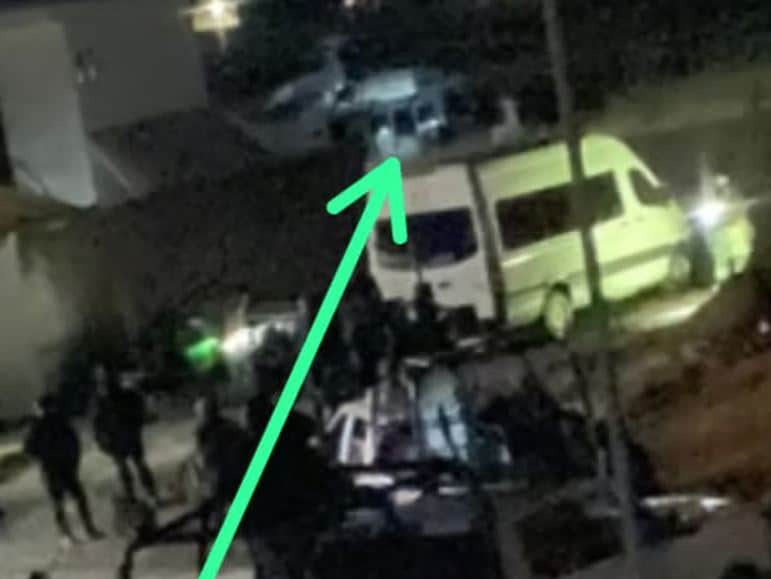 “The windows were rattling, it felt like the glass was about to shatter. The noise woke us up and we didn’t know what was happening, we were too afraid to look outside. This is how the residents of the Cortijo residential subdivision tell El Siglo de Durango how their experience was this Friday morning, when they found themselves surrounded by a spectacular military operation.

“Foot soldiers, trucks and army vehicles could be seen passing but we did not know where they were going,” he said. We locked the doors hoping nothing would happen to us, we met in a room as we assumed they were looking for someone in the area and they could break into any house”, Some neighbors tell anonymously.

But the flight of military helicopters worried not only the residents of Cortijo, as videos on social networks show that surveillance was also carried out in the Ciudad industrial area (on the north side) and even in the central and southern areas of the capital. Operation was going on.

There was also unusual activity in the area around Guadalupe Victoria de Durango Airport. An Air Force plane landed with soldiers on board. Abroad, the military placed trucks in the immediate vicinity and at city entrances, mainly on the highway to Gómez Palacio, To prevent suspicious vehicles from entering or exiting.

In the Cortijo, a few blocks away and while residents took refuge in their homes, the operation of the federal forces continued in complete secrecy. No one clearly informed the residents what was happening and those who tried to leave their homes received Recommend to come back till everything is over,

“Many hours had passed since it all began, until a few shots were heard in the distance, But because of the noise of the helicopters, we didn’t know how many there were, I’d guess about five or six. We decided not to take the children to school for fear of going out. He had already woken up very early and we tried to calm him down with a movie to distract him. Tells about the people living near the area.

approximately 9:30 a.m., Secretary of National Defense, Luis Crescencio Sandoval was questioned at the National Palace about the said operation which initiated the arrest of a man who was later identified as Gerardo Sobranes Ortiz, aka “G-1”.

,An operation has been launched to arrest a financial operator of the criminal group ‘Los Cabrera Sarabia’‘, belonging to the Pacific Cartel. There are ground forces and air support. The activity continues, it is being developed in coordination with the Attorney General of the Republic and other instances; We continue to process this operation and once it is completed what to do at the detainee’s house, it will be established where he will be transferred ”, Told.

When asked about the said operation, the General said that continued military presence in the area and which may later provide more information about the fact, He also confirmed that shots had been exchanged at the time of his arrest: Yes, there was aggression on their part, we have information that there is an injury, but it is not serious, apparently in one hand. We have not got any injury in the armed forces and security forces”, Told.

Around 10:00 am, the official documents of the Citizen Public Security Secretariat (SSPC) companyHe confirmed the arrest of Gerardo Sobranes Ortiz, aka “G-1”, following a military operation in Durango.

According to the National Registry of Custody, detainee was in process of transfer (without specifying destination) and stated that the arrest was made on Friday at 9:09 a.m.Without displaying more details in the official file.

Durango Airport, A plane took off with the detainee to transfer him to Mexico City.While the Red Cross ambulance that left the Cortijo entered the 5 de Mayo Hospital To care for and detain the wounded in operations.

At that time, the residents of Cortijo were already aware of what was happening through social networks. so those who wanted to go left home to go to work, but not before To be interrogated and searched by the army which had put up a security fence in the subdivision.

,My children and wife stayed at home, even though it was late I had to leave for work. The soldiers behaved well, very kind, although they asked me a few questions and searched my vehicle to kick me out.” Another neighbor tells.

As of now the scare seems to be over, but the residents of this subdivision fear what may happen after the arrest is announced. “We’ll see what happens these days, because the truth is we didn’t know someone of that level could live in a subdivision. At least I never saw anything suspicious.”Says a housewife.

in the afternoon elements of the army maintained a presence outside the subdivision, Especially in the part adjacent to José María Patoni Boulevard, although more relaxed. expected later Cedena provides more details about the operation and the fate of the captive, who is accused of being one of the main operatives of the Pacific Cartel.