Winter Olympics: For Tara and Tabitha Peterson, curling is a family affair 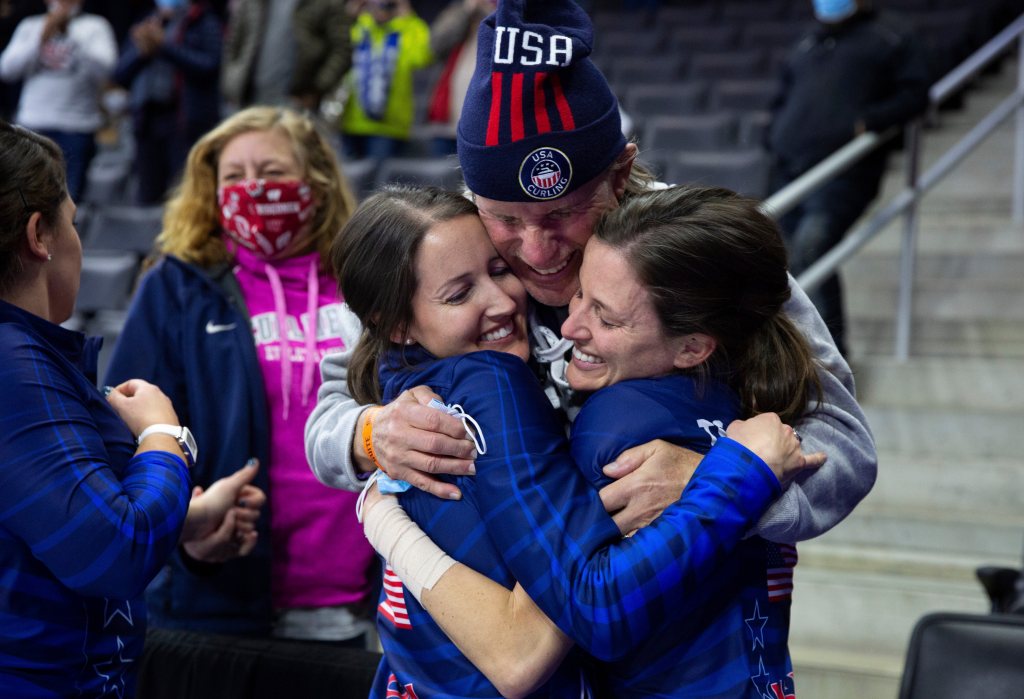 Curling wasn’t an immediate hit with Tara and Tabitha Peterson, half of the team that will begin its quest for Team USA’s first Olympic gold medal this week in Beijing. The St. Paul Curling Club wasn’t their ideal place to start their Saturdays.

“Actually,” Tara said, “my sister and I hated it at first.”

But not for too long.

That’s not how parents Shel Peterson and Gaye Skelly Peterson remember it, but what’s the difference? It proved to be an excellent, and life-changing, decision. Tabitha, 32, is skipping Team USA in her second Olympic Games; Tara, 30, is the lead in her first.

“It didn’t take long for them to start to like it,” Shel said this week while driving with Gaye from Florida to Arizona in their SUV. “They met friends and they got on some little club teams at St. Paul and they did start to like it quickly, I want to say.”

“The thing that we liked the best was at halftime; we went upstairs and we had snacks,” Tara said before leaving for Beijing via Los Angeles. “They had donuts, they had orange juice. That was our favorite part.”

For the sisters and their older brother, Trent, it was the beginning of a relationship with curling of varying lengths, but it was the continuation of a family tradition that started with Gaye’s father, George Skelly, in Winnipeg. “Doc” Skelly moved his family south to attend radiology school and joined the SPCC in 1967 when the family lived in Roseville. His SPCC team won Winter Carnival curling championships in 1969, 1970 and 1971.

“We were so proud of him,” Gaye said. “He always was the skip, so we would go down and watch him.”

When Gaye — pronounced “Jay” — began curling at the suggestion of a friend in 1999, she caught the bug immediately and made it a goal to follow her father’s footsteps and win three Winter Carnival Championships. She did, in 2002, 2003 and 2004.

It didn’t take too long for Gaye’s daughters to become hooked, as well. And good. Longtime SPCC member and instructor Craig Carlson was looking for girls to play with his daughter, Alex, and approached Gaye.

“(He) kind of looked at us and said to my mom, ‘You know, those girls have potential, we want them. I want my daughter to play with them, and I want to coach them how to curl and get them into this,'” Tara said.

That team won the SPCC’s Kyle Satrom Memorial Junior Bonspiel, which just played its 30th iteration over the weekend, among others, and went on to win US junior championships in 2009 and 2010 — and a Worlds bronze medal in Switzerland — before Tabitha and Alex aged out of juniors.

Tara’s team went on to win nationals in 2011 and place fifth at Worlds.

“We’ve always been kind of a sports family,” said Tara and Tabitha’s brother, Trent, a nurse anesthetist living in Eagan and working at United in St. Paul. “When we were in grade school, we tried everything and you kept doing the ones you liked and would take it from there.”

Trent was a decent curler, and the first of the kids to travel to junior bonspiels, but was much more interested in golf. Asked if he’s as good as his father, a 5 handicap who spent last weekend playing in a senior tournament in Fort Myers, Fla., Trent said, “Oh, I’m much better.”

Better than a 5 handicap?

Trent Peterson won a high school golf state title at Eagan — he also made state as a downhill skier — before playing at South Dakota State and briefly turning pro in 2009. He won the Minnesota State Open in 2014, one of four Top-10 finishes in the event.

His parents failed to mention any of this during a conversation but as Trent said, “Well, the story is about my sisters.”

True enough; this is their time.

Tabitha’s team finished eighth in PyeongChang at the 2018 Olympics. Tara was there, too — the whole family was — but as a spectator because she had taken time off from the team to finish Dental School at the University of Minnesota. With Tara back, the team finished with a bronze medal at the 2021 Worlds.

The US men’s curling team has won two Olympic medals — bronze under skip Pete Fenson in 2006 at Torino and the gold in PyeongChang under skip John Shuster, who was also a member of the 2006 team. The women are looking for their first Olympic medal, and there are high hopes for this year’s team.

The Skelly-Peterson family won’t be in Beijing — It was announced in September that only Chinese residents are allowed to attend because of the coronavirus pandemic — but at least the sisters are together.

Still, it’s a business trip, as Gaye found out early. After she won her last Winter Carnival championship in 2004, she told her daughters, “ ‘OK, you have to get your name on the Winter Carnival curling trophy like I did and your grandfather did,'” she said.

Gaye Skelly-Peterson, 64: Retired dental hygienist living in Eagan, member of the St. Paul Curling Club, three-time Winter Carnival champion (2002, ’03, ’04) and inventor of the language “Iber,” which she practices with her daughters.