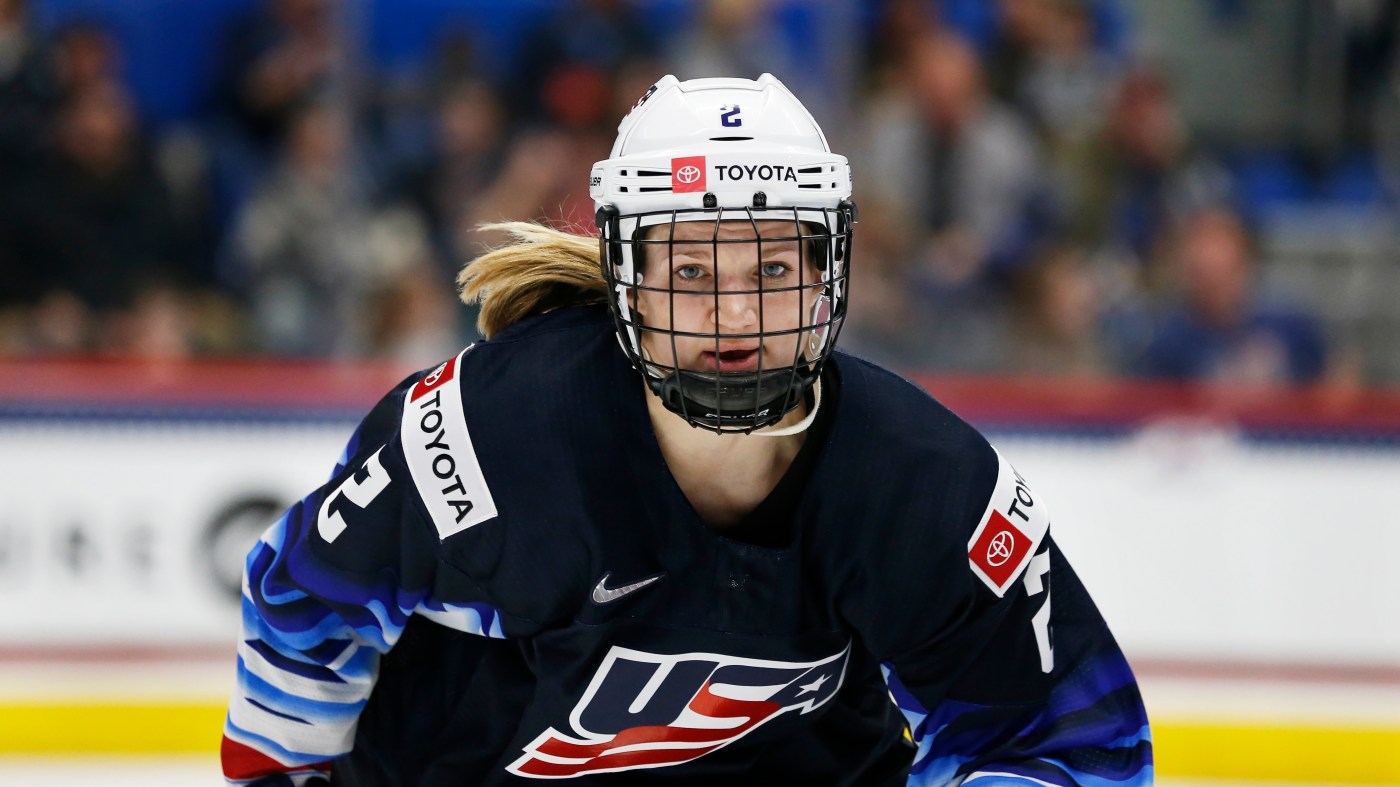 In a tournament that appeared destined for a gold-medal showdown between the global powers of US and Canada, the upstart Czech Republic nearly crashed the party. So much for the lack of parity in the sport that some have been griping about after the US and Canada rolled through their first three preliminary round games outscoring opponents by a combined margin of 47-5.

“When I read some articles from people who have no clue what they should be talking about, this game is a good reminder for them,” Johnson said following the Americans’ 4-1 quarterfinal victory against the Czechs. “There might be some scores that look a little lopsided, but this is exactly what everybody knows, that people are making strides.”

The Americans overcame a 1-0 deficit and avoided what would have been a stunning upset by scoring three times in the third period.

Lee Stecklein scored the go-ahead goal 6:49 into the third period when her shot from the right point deflected in off the stick of Czech forward Michaela Pejzlova. Hilary Knight had a goal and assist, Savannah Harmon also scored and Kendall Coyne Schofield added an empty-netter. Alex Cavallini stopped five shots, while getting plenty of help from her shot-blocking defenders.

The second-seeded Americans, who have never failed to reach the semifinal stage since women’s hockey was introduced at the 1998 Nagano Olympics, next play on Monday against an opponent that won’t be determined until the quarterfinal results Saturday.

The Czech Republic’s women’s hockey program took 23 years to qualify for its first Olympics, but it took only five games in Beijing to show why the country could be a fixture for years to come after finishing second in Group B.

While being outshot 59-6, credit the Czechs for a rope-a-dope style of defense, which kept most of the Americans’ chances to the perimeter. Goalie Klara Peslarova then covered up most of the mistakes by stopping 55 shots, including the first 22 she faced.

“It’s so nice seeing them frustrated, seeing them angry,” Peslarova said of US players. “Hopefully, we show the people that we’re not the underdogs, that we can also play hockey. They didn’t really know about us, and now they know.”

The Czechs became the sixth women’s hockey team to be held without a shot in a period in the Olympics, after the US had an 18-0 edge through 20 minutes. But they still managed to open the scoring. It came on his second shot on the net 4:59 into the second period, when Pejzlova snapped in Cavallini’s clearing attempt from the slot.

The Americans responded to tie the score 48 seconds later, when Knight converted a rebound in front. After Stecklein scored, Harmon sealed it with 3:09 left.

“There was no backing off, and that’s great. We don’t expect any less,” Stecklein said of the Czechs. “It definitely makes it a hard quarterfinal, and that’s honestly what we need going into the semis.”

The Czech Republic has burst on the scene with a roster featuring 14 players with current or past NCAA college experience.

The Czechs qualified for their first world championship in 2013. After being relegated again for two years, the team has made four consecutive appearances at worlds, including a sixth-place finish in 2019.

“Very proud of them,” said coach Tomas Pacina, noting he was fine with the disparity in shots following 20 minutes as long as the game was scoreless.

“It’s exactly what we wanted. Maybe the fact they scored too early to tie it. If we could hold on for maybe five or six minutes longer to that lead,” he added. “But, you know, the United States is an unbelievable team and I think that we surprised a lot of people today.”

This is the type of performance many in Beijing have been saying is possible by countries still playing catch-up to the US and Canada, teams that have dominated the Olympics and world championships.

Rather than being intimidated, players suggest the mere chance to face the two global powers is an opportunity to gauge development and learn what it takes to compete at an elite level.

“It shows what’s possible for women’s hockey,” Switzerland forward Lara Stalder said following an 8-0 loss to the US “Everyone can learn so much from these games. I mean, I love playing these games. It’s so much fun playing against the best women’s hockey players in the world and trying to battle out there.”

Czech captain Alena Mills expressed similar sentiments, noting there was a time when the Russian men’s team dominated almost every Olympic tournament before the breakup of the Soviet Union.

“The European teams are getting better, and it’s going to take time because the sport is still young. You know, the NHL didn’t grow in one day,” Mills said.

“I think we’ve learned a lot of lessons here through the losses, through some of the tears. And I think we’re going to be stronger for it in four years,” Mills added. “We needed this experience to become a better team. And I think we showed that today.”

NOTES: The goal was the 10th of Knight’s Olympic career, tying her with Cammi Granato for fourth on the US list. Knight also increased her career Olympic point total to 24 to move into third on the list, one ahead of Katie King. … The Czechs became the first women’s team since Italy at the 2006 Torino Games to fail to register a shot on the net in a period at the Olympics.