Winter storm Elliot killed dozens of people in the US. 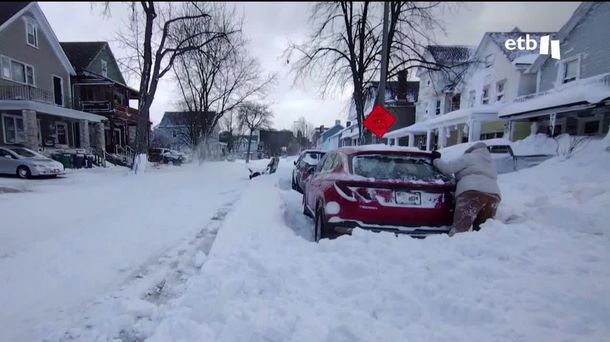 Read in Basque: Winter storm Elliott has killed dozens in the US

Winter storm Elliott has killed nearly 50 people in the United States this Christmas. except, Heavy snowfall and hurricane-force winds have left most parts of the country, It’s been the coldest Christmas Americans have had in many years.

The worst-hit area has been southwestern New York.About 27 dead bodies have been found there. These have been found in homes, vehicles and on roads. Despite being used to the cold in Buffalo, they had to close the airport due to snowfall.

About 60% of the population, more than 200 million people, suffered the consequences of the storm.And New York Governor Cathy Hochul has said it has been the “most destructive” storm she can remember and asked the public not to use the roads.

Some states have had a record number of downpours; New York plunged to minus 10.5 degrees Celsius, a temperature it hasn’t seen since 1872.