Winter storm in Sierra Nevada will cross US 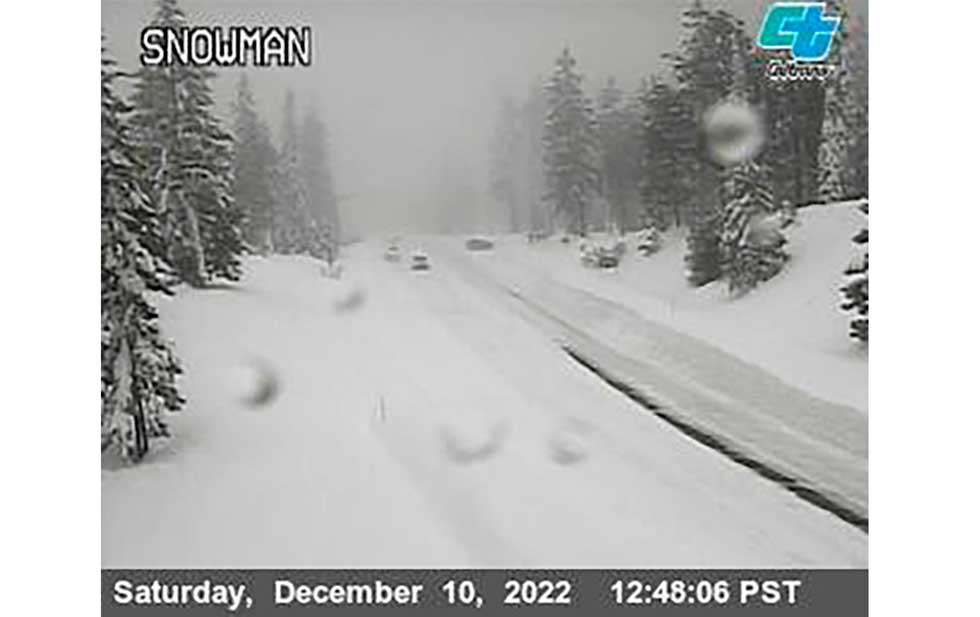 South Lake Tahoe, Calif.- A winter storm that caused chairlifts to collapse and mountain road closures in the Sierra Nevada will cross the United States and reach the plains by the middle of the week, bringing considerable rain and below-average temperatures.

Mark Chenard, a meteorologist with the National Weather Service at the National Center in College Park, Maryland, warned that “it’s going to be a busy week as this system crosses the country.”

Heavy snow in the Sierra Nevada and heavy rain in low-lying areas triggered a massive flood watch from California to Nevada on Sunday.

Heavenly Ski Resort in Lake Tahoe suspended some of its operations on Saturday when the worst of the storms hit. The resort posted video of the chairlift violently swaying in gusts of over 100 miles per hour (161 km/h), as well as a reminder on Twitter that turning off the wind is “always for your own safety”. ” Is.

To the south, Mammoth Mountain reported more than 20 inches (51 cm) of snow fell on Saturday, and 2 feet (60 cm) of snow is possible when the tail end of the system crosses the Eastern Sierra.

The Central Sierra Snow Laboratory on the University of California Berkeley campus in Soda Springs, California, reported Sunday morning that more than 43 inches (110 cm) of snow fell in a 48-hour period.

A 70-mile (112-kilometer) stretch of eastbound Interstate 80 was closed Saturday from the northern California city of Colfax to the Nevada state line “due to zero visibility,” officials said. Tire chains were required on the rest of I-80 and other mountain routes from Reno to Sacramento.

Several other major highways were closed due to heavy snow, including a section of California Highway 89 between Tahoe City and South Lake Tahoe, according to the Highway Patrol.

The US Forest Service issued an avalanche warning for rural areas in the mountains west of Lake Tahoe, where, it said, “several feet (meters) of new snow and high winds will create dangerous avalanche conditions.”