Winter storm in US: Florida asks not to take frozen iguanas to revive population 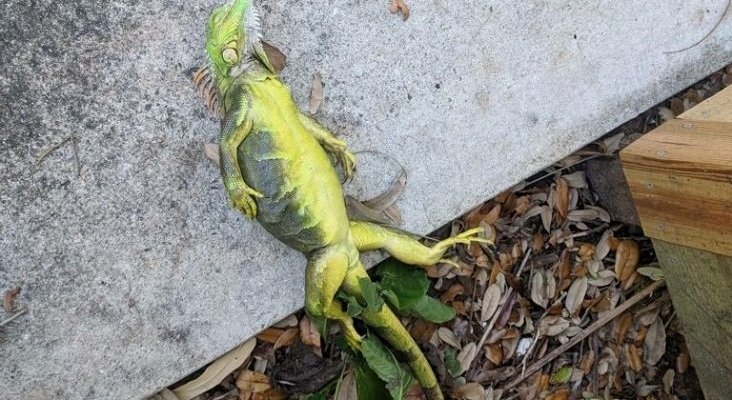 officers of FloridaNormal sunny and warm state in the southeastern United States, asked the population not to panic collect frozen iguanas Seeing the danger, to take them home to revive them.

Local media this Saturday picked up on the warning from the Florida Fish and Wildlife Conservation Commission (FFWCC), which points to its social network account Twitter Although it can be thought that this is a good work carries danger,

the warning comes at the beginning of a christmas weekend In which the United States is affected by an arctic front that is also felt in South Florida, where the city of Miami recorded a temperature of 45 °F (7 °C), something completely unusual in these latitudes.

“With cooler temperatures this holiday weekend you may see non-native green iguanas in this position lethargywhere they temporarily lose all muscle control,” says the agency, which warns that they can react dangerously once revived.

US has been hit by snow storm, leaving millions without power

“You may even see them fall out of trees. Don’t bring wild green iguanas into your home or car to warm them. They can recover faster than you think and use their long tails and sharp teeth and claws to kill them.” can be defensive,” he says. FFWCC statement.

The agency offers a series of tips for those suffering from the effects of this invasive range in Florida, as well as insisting that the release or relocation of green iguanas (or those not native to the state) is prohibited and harm to native wildlife is prohibited. can deliver.

The entity also indicates that homeowners visited by specimens of this species may kill green iguanas because they are not protected.

Las green iguanaArrivals in Florida from the south of the American continent in the 1960s may have caused significant damage to the infrastructure.

To stop the spread of the iguana, the FWC gradually banned the possession and sale of about twenty reptiles, including the green iguana and the tegus lizard, until 2024.