Winter storm kills at least 13 in US 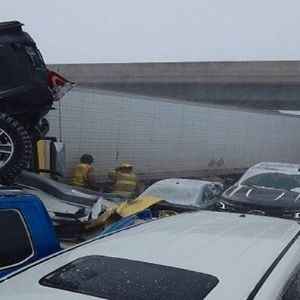 Four people have died in cold-related auto accidents in the state of Ohio, according to Gov. Mike DeWine.

The collisions, one of which involved at least 50 vehicles, also injured several people.

Fatal accidents were also reported in the states of Kansas, Missouri, Oklahoma, Tennessee, and Wisconsin.

As a result of the winter storm, approximately 1,500,000 homes and businesses were left without power. Nearly 5,000 flights to, from or within the United States were also canceled.

According to the US Weather Service, it could be the coldest Christmas weekend in decades for much of the US.

In recent days, temperatures in parts of the states of Montana, South Dakota and Wyoming have been below -45°C.