Winter storm kills at least 22 in the United States 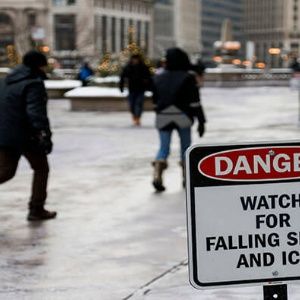 A winter storm that hit regions of the Midwest and East of the United States has left a balance of at least 22 deaths, with seven states in the North American country confirming the deaths in the last hours.

Winter storms affect more than 200 million people in the US.

According to US media, eight people have died in the state of Ohio, three in Kansas, New York and Kentucky, two in Colorado and one each in Missouri, Tennessee and Wisconsin.

Storm Elliot has left more than 315,000 homes and businesses without power on Christmas Eve as the winter storm downed hundreds of power lines.

Our crews sent photos of some of the wind damage they are seeing as they work to restore power safely and quickly. As of 3:30 p.m., they have restored power to thousands of customers since Winter Storm Elliott arrived. pic.twitter.com/nMIoMFHx5C


As Elliott continues to batter the US this weekend, the storm is still battering parts of the Midwest and inland Northeast with heavy snow and blizzards.

According to the National Weather Service (NWS), approximately 200 million people are subject to weather warnings.

_____ Santa will face frigid temps across the eastern 2/3 of the nation tonight, with widespread sub-freezing lows forecast. Thankfully, he’s from the North Pole and is used to the weather! Santa will experience slightly warmer temperatures across South FL, the Southwest and West Coast. pic.twitter.com/eKAy4nfnNR


The latest part of the NWS indicates that 3.9 million people in the Midwest, Northeast and Northwest United States are under snow storm warnings for Saturday.

Thousands of people were trying to reunite with their families on Christmas Eve along Elliott’s route, as about 4,900 flights were canceled due to the storm.


The last day’s cancellations have been added to the nearly 6,000 flights canceled last Thursday.