With great sadness, courage and impotence they dismiss the patrons and ministerial staff 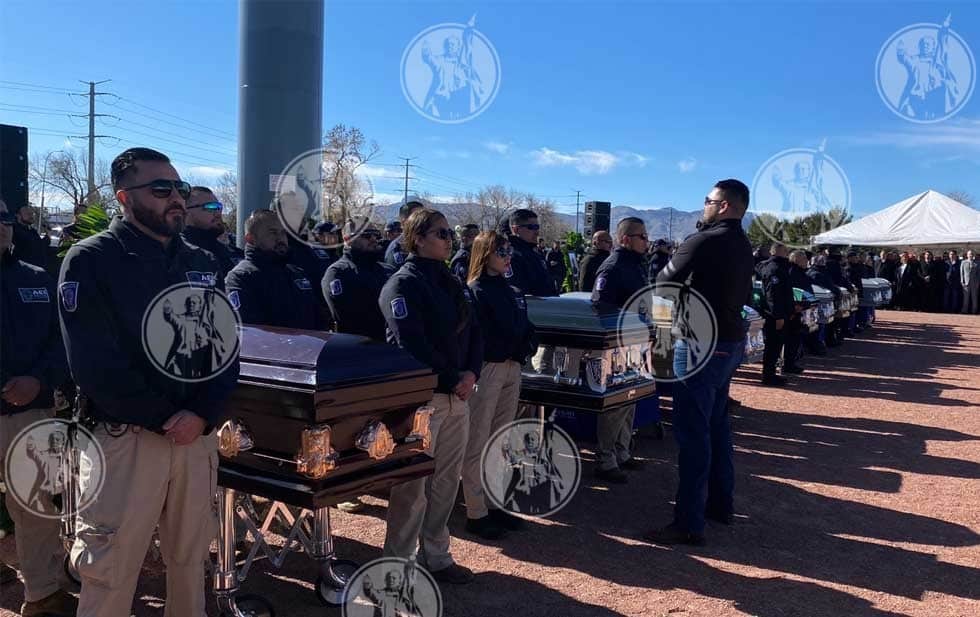 Juarez City.- “With great sadness, courage and impotence, today we say a final goodbye to our friends, the family of blue bloods”, shared Agent Israel Mauricio Renteria during a tribute to his twelve comrades this morning, after being killed in the line of duty Did …

Eleven of the 12 state agents murdered on January 1 and 2, with Mexican flags on their caskets and their photographs, elements of Custody, the state investigative agency and the state attorney general’s office held an honor guard for their comrades. Exhibited. Families of the victims.

“Your honor will be eternal … Being a policeman was his profession,” said agent Jesús Alejandro Villanueva, who insisted that he knew he was fighting for a better city, a better state and a better country. which they were doing.