Woman gives birth to baby during Metallica concert in Brazil 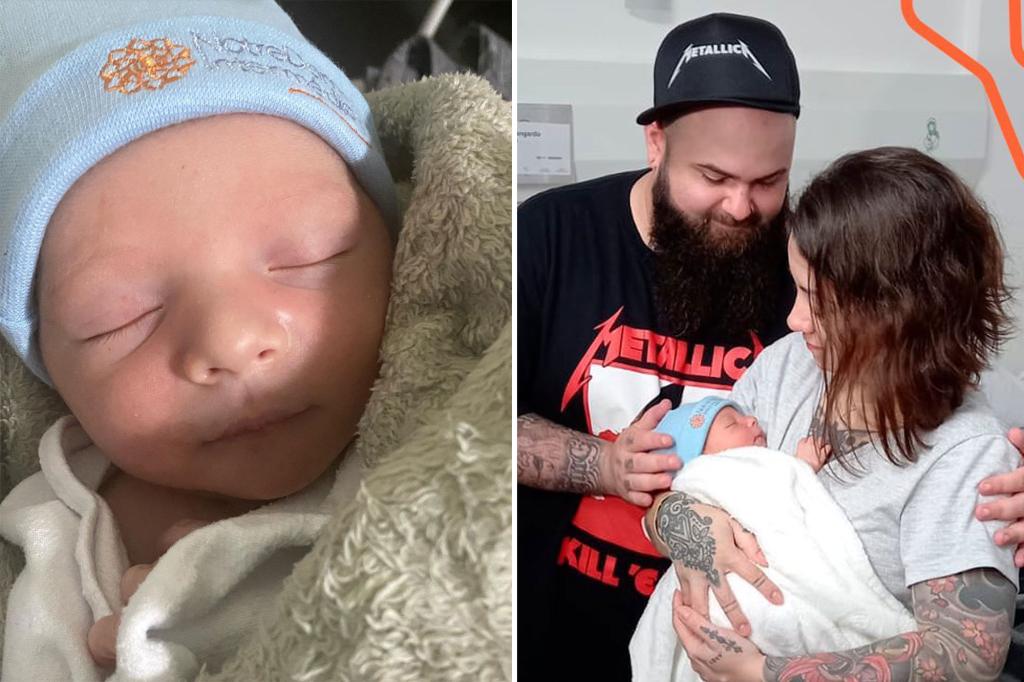 A woman gave birth to a baby son at a Metallica concert in Brazil last weekend — just as the band was rocking out to their heavy metal classic, “Enter Sandman.”

Joice Figueiró said she had been cleared to go to the show by her doctors, and was sitting in the Couto Pereira stadium’s handicapped area Saturday when her little boy, Luan, decided it was time to come out and start head banging.

“It was a mix of emotions,” she told the Washington Post.

“Since it wasn’t planned, I was scared that the medical team wouldn’t be ready. But there’s also the feeling of being able to tell people that this happened because Metallica is one of the bands we love the most.”

Figueiró, who was 39-weeks pregnant, began having contractions when Metallica took the stage at the show, which was in Curitiba, Brazil.

“I was in the handicap area,” she said. “And I was sitting down in a safe spot, without any risks of getting hurt.”

She finally called over on site-medics with just three songs left during the band’s encore.

After she gave birth, an ambulance took her to the hospital, where she and the baby were safe and healthy.

The hospital said on Instagram that its employees “wish great health to newest ‘rocker’ of Curitiba.”

The mom joked about naming her kid after Metallica members, but said she definitely was not going to name her precious baby boy “Sandman.”

“Remember, this is the name he’ll carry throughout his whole life,” she said in an interview. “He’ll get bullied with the name ‘Sandman.’ He already has enough of a story to tell.”