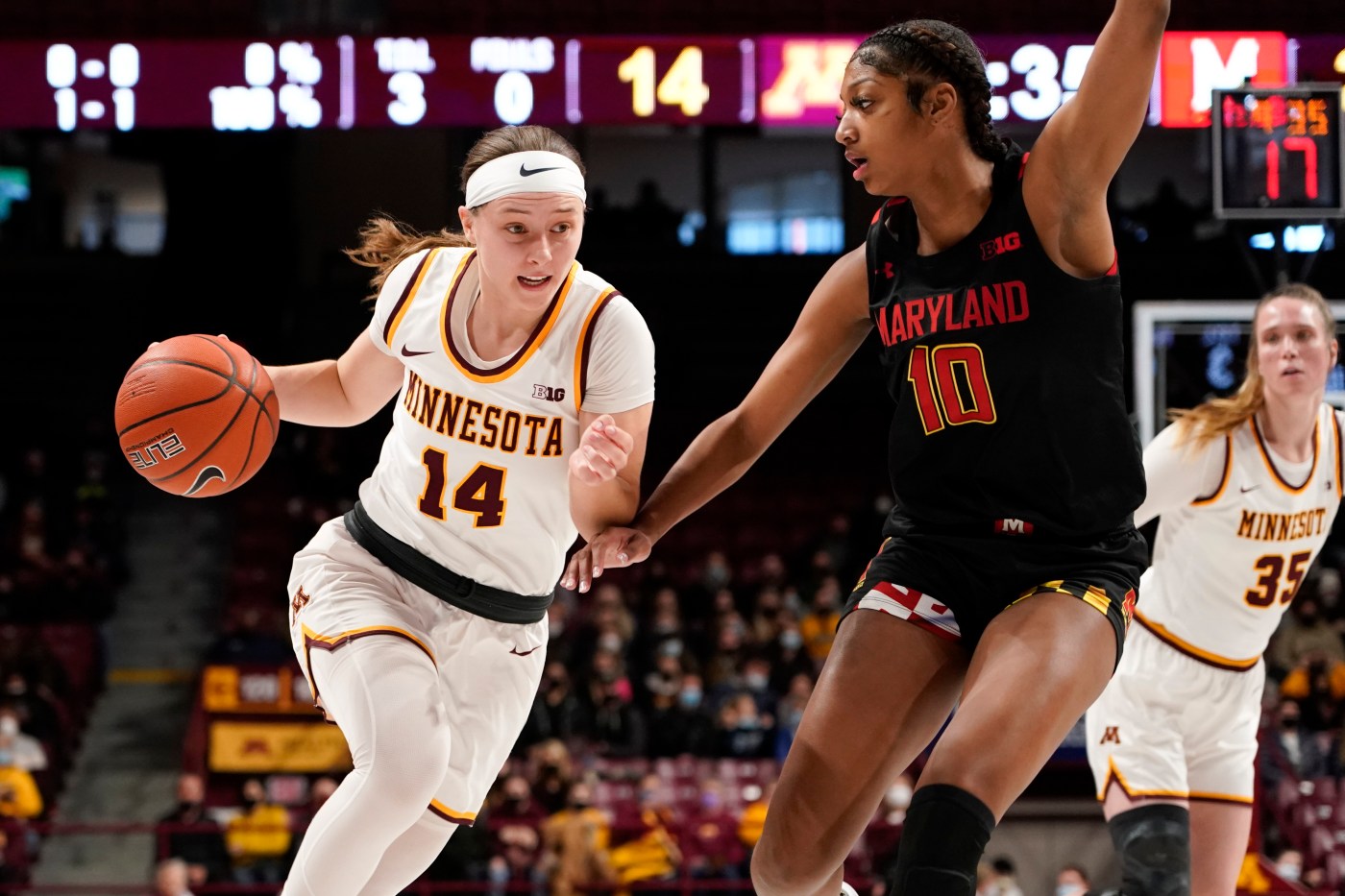 If Linday Whalen’s Gophers have proven anything the past two seasons it’s that they can routinely beat struggling teams, which is something for a team that has struggled some of these past two seasons.

What Minnesota needs, Whalen noted before the Gophers’ Jan. 20 against Iowa, is a breakthrough victory against a good team. Instead, the Hawkeyes handed Minnesota a 105-49 loss at Williams Arena, the program’s most lopsided loss since the NCAA began sponsoring women’s basketball in 1982.

So, playing some teams in their own tax bracket is a chance to get the ship righted; Minnesota has lost three in a row and four of its past five games.

“We all kind of had to look at ourselves after Iowa,” Whalen said after a practice Wednesday at the team’s Athletes Village facility.

The Gophers responded respectably last Sunday at Michigan State, a 74-71 loss that at least showed the team wasn’t going to pack it in.

“We had some team talks before that game, and I think we were more connected as we went into Michigan State, and it kind of showed,” said junior guard Sara Scalia. “We played more together and as a team.”

Minnesota (9-11 overall, 2-6 Big Ten) played a deliberately difficult preseason schedule and already has played eight teams ranked in the Top 31 in the NCAA’s NET Rankings, which have replaced the Rating Percentage Index as a key tool in NCAA decision tournament seeds and at-large berths.

Against the rest of the schedule – 12 teams with an average NET ranking of 155.8 – the Gophers are 9-3. The good news is that of their eight remaining games, five of their opponents fall into that category, starting with Purdue (12-7, 3-5) on Thursday at West Lafayette, Ind. Tipoff is set for 6 pm local time.

Scalia, averaging 21.3 points over her past eight games, will be at the top of Purdue’s to-do list. Her 63 made 3-pointers rank second in the Big Ten, and her 42 percent clip from behind the arc is eighth. But the Boilermakers are holding opponents to a league-low 25.1 percent from long range.

“They get up into you. They’re physical, so this will be a big challenge for (No.) 14,” said Whalen.

After the Iowa loss, the Hawkeyes’ largest Big Ten win in program history, the Gophers took a step back to assess things. The next day, coaches showed the team film, after which the players met by themselves.

“After we got as smacked as bad as we did (by Iowa), it’s a good time for a team to get back together and get back the chemistry and figure out, ‘OK, what do we want this to look like?’ ”Whalen said. “ ‘That wasn’t how we wanted to do it, so what are we committed to doing to improve it?’ ”

After Purdue, the Gophers play host on Sunday to Wisconsin, a team they beat in Madison, 82-66, on Jan. 12. Tipoff is set for 2pm

“Adversity’s going to come, how do we respond to it?” she said. “I’m proud of how they responded. It will be even better if we can get a couple in the left column this weekend.”