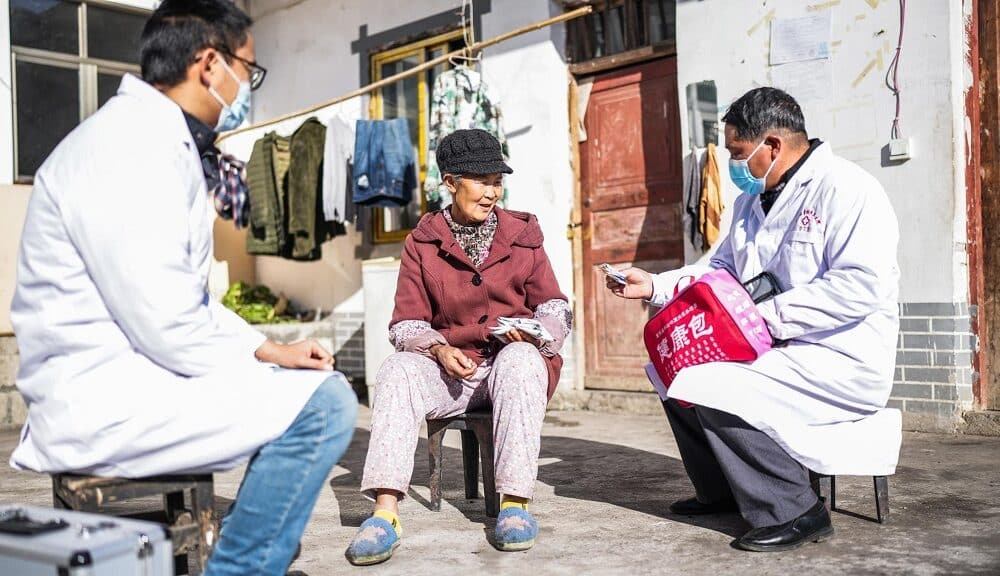 World’s largest annual migration begins in China without ‘zero Covid’ This is Saturday, January 7, the beginning of a 40-day period known as “Chunyun” in Chinese; It happens every year during the Lunar New Year, which will be between January 21 and 27, marking the end of the ‘Zero Covid’ policy in this 2023.

Around 2.09 billion trips are projected to take place between January 7 and February 15 this year, an increase of 99.5% compared to 2022; The Ministry of Transport of the Asian giant published this Friday.

The increase in the number of passengers is believed to be a response to the announcement by the authorities in early December, with which they started rolling out the ‘zero covid’ policy.

The sanctions that came with the strict policy were in force for almost three years and included imprisonment where cases were reported; Closure of borders, isolation of all infected people and their close contacts, and frequent PCR testing on the population.

Thousands of people from all over the country gathered on the platform of the station; Still fearful of the pandemic, but eager to visit their family homes, most of them are in rural areas.

Some rural areas have to guarantee a “supply of medicines” during the Lunar New Year because of an influx of travelers due to “chunyun” which is expected to increase Covid cases in non-urban areas; According to an expert at the National Health Commission last Tuesday.

The longevity of the virus has raised doubts

The rapid spread of the virus across the country after the withdrawal of the ‘Zero Covid’ policy has raised doubts about the reliability of official data on infections and deaths; Despite the fact that local people and provinces have estimated that a significant proportion of their populations have been infected, they have registered only a handful of recent deaths from the disease.

China announced in late December that it would reopen its borders tomorrow, Sunday, January 8th; For the first time since March 2020.

From that day onwards, COVID in China will no longer be a Category A disease, the level of maximum danger and which requires the most severe measures for prevention, to become Category B; which contemplates more loose controls, thus marking the end of the ‘zero covid’ policy in practice, which was scrapped by the authorities following the protests.