Wunderkeks, the business of two Guatemalan entrepreneurs that conquers America 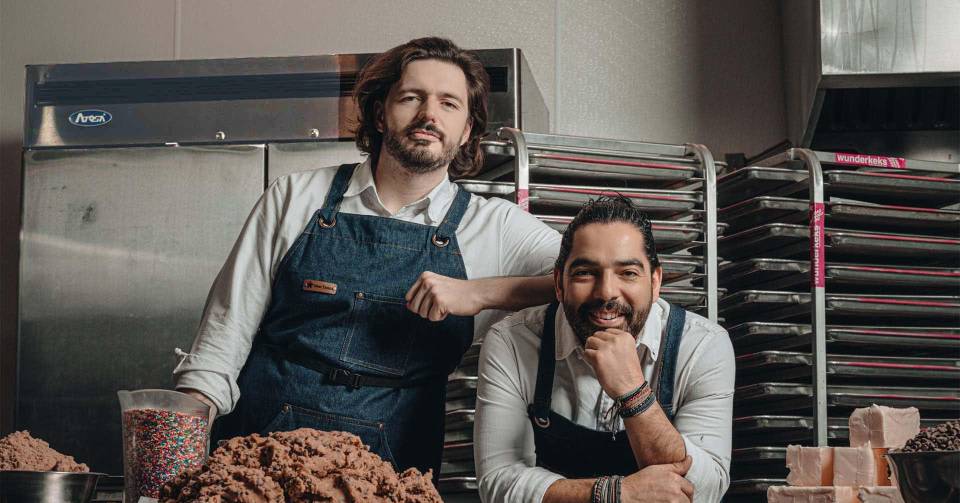 Hans Schrei and Luis Gramajo are two Guatemalans who created Wondercakes in 2011. According to the hashtag they use, the company sells #BestCookiesEver and a variety of desserts that have captivated the American market.

Hans Schrei and Luis Gramajo from Guatemala are the people behind the company Wondercakes, which was born in 2011 with the aim of making people feel like kids again and bring joy through cookies and desserts.

can read: Ice Cream Grandparents, A Commitment To Digital Inclusion

“The idea originally started in my mom’s kitchen for Christmas when I had free time and decided to make 24 types of cookies to give as gifts. People’s reaction was that he had to sell them and, half jokingly, half seriously, he started”, explains Hans Schrei.

In 2018 he traveled to the United States which inspired him to settle there and continue his business, for which he applied for an entrepreneur visa and in January 2019 he moved to Austin, Texas to pursue his dreams .

“It’s hard to leave our country, we sold everything, we took some suitcases, four dogs and we came to start all over again. And it’s like the uncertainty that you arrive in a new city, a new country, don’t you Know how people are going to react to your product and have a lot of strong feelings”, says Luis Gramajo.

However, the entrepreneurs comment that the acceptance was very good. His experience in marketing and attending various “farmers markets” allowed him to know the needs that were in the market for his company’s position.

“We realized very quickly that in the United States, business works when you focus on doing one thing. Being known means doing one thing first and doing it to the best of your ability. So we knew That our cookies are our strongest product and the easiest for people to understand.”

Once they were already positioned as “#BestCookiesEver” they decided to start introducing other products like brownies and people responded very well. Its 2019 sales were approximately $100,000.

In 2020, people started consuming more e-commerce products due to the COVID-19 pandemic and sold US$1.7 million. His company kept on growing and by 2021 they have reached the figure of US$5.1 million. “It grew quickly and now our goal is to really stabilize it, make it operate in a more efficient way and thus be really effective,” explains Hans.

Another factor that helped her business spread was the endorsement of various celebrities such as actresses Tori Spelling and Busy Phillips. In addition, Imagine Dragons vocalist Dan Reynolds collaborated with the company.

This year Wunderkeks’ gold foil Belgian chocolate brownies were among the famous “Everyone Wins” gift bags, which are distributed each year to nominees in the acting and directing categories of the Oscars.

The Guatemalans explain that they are currently in a period of transition, where various projects are taking shape. For example, in April 2023, your cookies will be on the planes of two airlines to attract more people to try your product. Another goal of his is to go into retail, but he’s still in the process of that.

“We want Wondercakes to be a biscuit competitor; It’s put in every supermarket in the United States, next to the Oreo, next to the Chips Ahoy and all those brands”.

Being Guatemalan in such a competitive market

Hans and Louis recognize that the path to starting a business is not always easy, especially in a competitive market like the United States, but with passion and persistence it is possible to make dreams come true.

“I’ve always said that coming from a country like Guatemala, you have that claw. You get used to the fact that you have to work and fight for what you want and that “no” is not an option” , says Lewis.

The entrepreneurs concluded, “You look for ways and if there are no ways you invent them, but I think the passion has a lot to do with being Latino, being Guatemalan.”