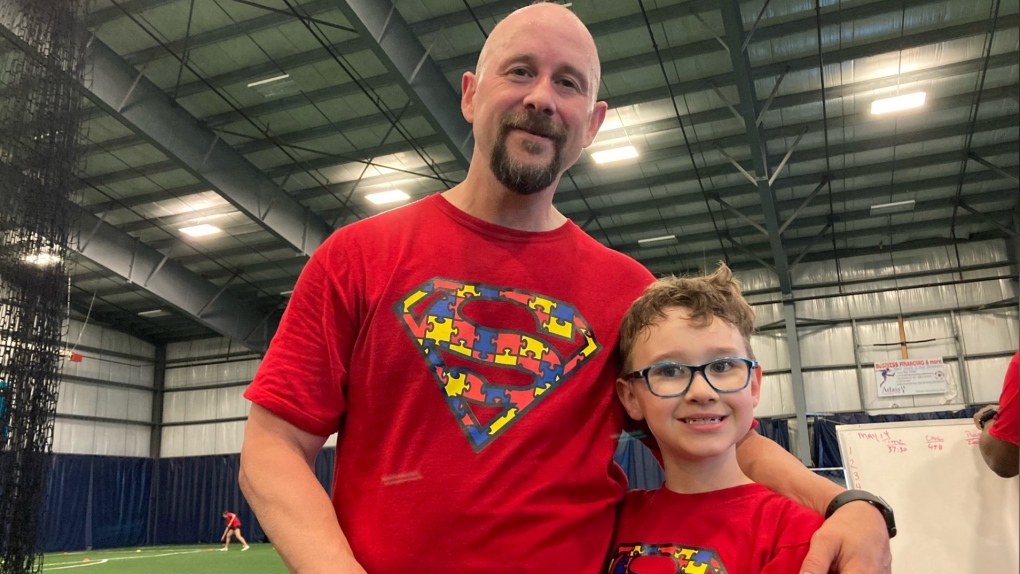 A York area police officer is facing a grueling 24-hour fitness challenge in honor of his son on Saturday.

For the second year in a row, Constable Adam MacEchern is competing in a fitness challenge to raise awareness and support for autism.

The challenge consists of a one kilometer run, 66 push-ups, 66 air squats and a one-minute plank, which is repeated 66 times over the next 24 hours.

McEachrn chose those numbers based on data indicating that one in 66 children in Canada will be diagnosed with autism spectrum disorder (ASD).

McEachrn’s son, Caleb, was diagnosed on the spectrum at age three and a half.

Funds raised from this event will go towards Carey’s Place Autism Services, which provides support and services for children, young adults and adults with autism.

This service provides 24/7 supportive care in homes throughout Ontario.

“The challenge is to change the world we live in, even if it is only a small part of it, so that people like my son get more opportunities,” says the constable. “So if I can do it, I’ll do it every year.”

Sue Kok, CEO of Carey Place, said such events provide other support, such as relief and camps and support for young adults seeking jobs.

“We help by coaching our young adults with interviewing skills and getting the job done,” Kok says.

McEachrn will participate in the challenge until Sunday afternoon.

More information about donating can be found here.

Dave Hyde: Are the Miami Dolphins keeping an office open for Tom Brady?