“You shot my granddaughter!”: claims of police violence in Venezuela 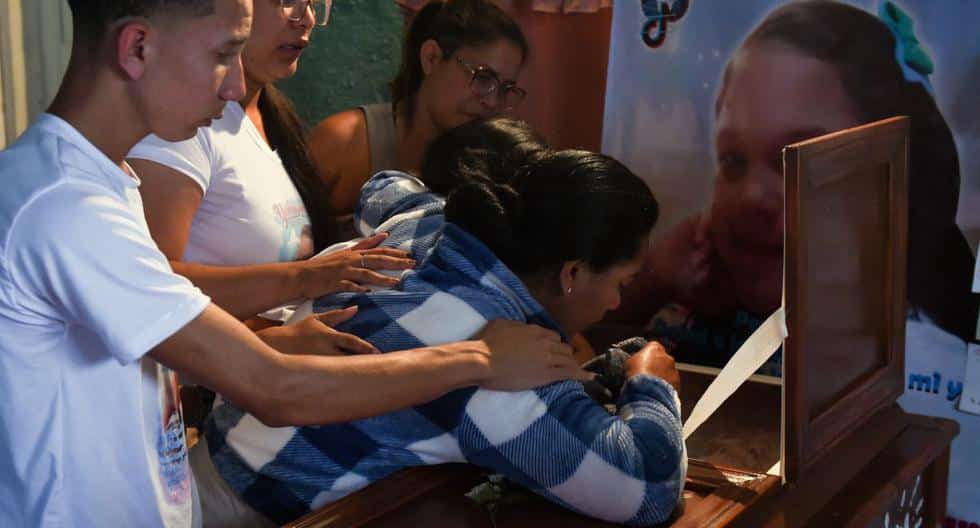 Maria Eugenia accused a police officer of killing her 11-year-old granddaughter in a Caracas slum while pointing a hole left by a bullet in a window of her home.

The policeman says he saw “a shadow” but “he shot the girl, straight at the girl,” said Maria Eugenia Segovia, 54, recalling the November 13 tragedy.

His granddaughter, Yadimar, was sleeping when the projectile struck her in the neck after going through one of the window grills and shattering the glass.

Maria Eugenia says she confronted the officer and a companion accompanying her.

“I went up to him and stood in front of him and told him: They shot the girl, you shot my granddaughter!” she misses. “They turned and fled.”

According to the Scientific Police, at least five people were arrested for this crime. A spokesman for the prosecutor’s office said, “I have no confirmation that they are police officers.”

Human rights organizations condemned more than 4,000 extrajudicial executions in 2020 and 2021 in a crackdown on the crime, which they perceived as a perversion of “state policy”.

In an atmosphere of widespread impunity, says Roberto Brissino Leon, director of the OVV, there are also cases like Yadimar, in which the “personal” responsibility of a police officer or a group of police officers, rather than superior orders, occurs. ,

“Violence is shifting from criminals to police,” says Briseno Leon, who warns that “in a good part of the country, police had more victims and more deaths than criminals.”

Neighbors and relatives of the girl studying in class VI say that when the police searched for a young man in the area, the relatives came out to complain. The officers, who according to Segovia belonged to the Directorate of Military Counterintelligence (DGCIM), asked for “reinforcement” and entered the street shooting according to his account.

Others claim that the policemen were drinking before the incident.

The girl’s relatives lodged a complaint with the prosecutor’s office. They demand “greater control” over the forces of justice and order.

“We can’t be more scared of them than the street,” said Yulemy Valencia, 34, the little girl’s cousin.

The United Nations has expressed its concern about police actions, while the prosecutor’s office has defended itself against accusations of impunity, assuring that 358 security officers have been convicted of human rights violations.

The NGO Kofavik estimates that “98% of human rights violations are not investigated.”

Yadimar was “charismatic, cheerful and joyful”, his grandmother and cousin agreed. He was under the care of his paternal grandmother as his mother traveled to Peru to search for a sister who had fled and his father died nine years earlier from a stray bullet in a shootout between criminals.

“My girl, they killed you like your father!” The mother cried when she saw her daughter’s coffin, after a return journey of thousands of kilometers by road due to lack of money to pay for a flight.

“We still haven’t figured it out. Why, if she was inside her house (…) did this situation arise?” Yadimar’s cousin expressed his surprise.