Zelenskyy appeals for help from Canada in emotional speech 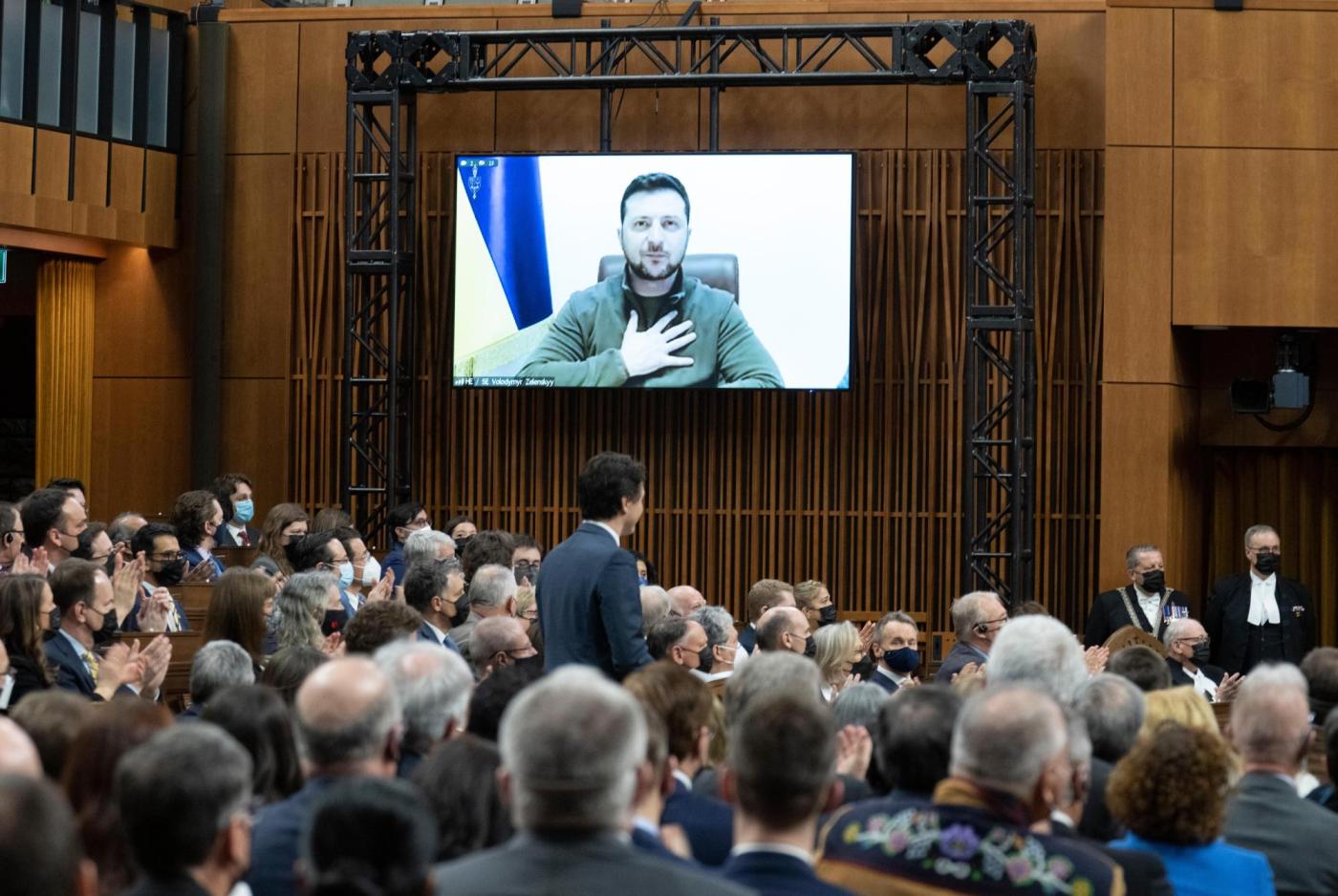 TORONTO (AP) — Ukrainian President Volodymyr Zelenskyy asked Canadians Tuesday to imagine bombs landing in their communities as he urged the Canadian Parliament and government to exert greater economic and military pressure on Russia.

Zelenskyy asked Prime Minister Justin Trudeau and lawmakers for help to enact a no-fly zone over the Ukraine.

Speaking by video from Ukraine to a packed House of Commons chamber, Zelenskyy said the Russian war on his country is designed to annihilate Ukraine and subjugate its people.

“Dear Justin, dear guests. Can you imagine that every day you receive memorandums about the number of casualties, including women and children?” he said. “You heard about the bombings. Currently we have 97 children that died during this war.”

Zelenskyy evoked British wartime leader Winston Churchill as he told the UK Parliament last week that his country would fight Russia’s invasion to the end in Ukraine’s cities. Zelenskyy also was to speak Wednesday to members of the US House and Senate, an event that will be livestreamed for the public.

Canadian lawmakers gave him two standing ovations before he even spoke.

“Can you imagine if the famous CN Tower in Toronto was hit by Russian bombs?” he said. “This is our reality.”

The video of Zelenskyy, wearing a green military t-shirt and sweater, was projected onto big screens in the Canadian Parliament. He thanked Canada for its humanitarian and military support and called the country a steadfast ally.

“Please close the sky, close the airspace,” he said. “Please stop the bombing. How many more cruise missiles have to fall on our cities until you make this happen?”

Zelenskyy said allies are expressing their deep concern, but it’s not enough. “When we talk to our partners, they say please hold on, hold on a little longer,” he said.

Trudeau said Zelenskyy is inspiring democracies and democratic leaders around the world to be more courageous and united.

“Democracies around the world are lucky to have you as their champion,” Trudeau told Zelenskyy.

“Your courage, and the courage of your people, inspires all of us.”

Meanwhile, the Russian Foreign Ministry said that Trudeau, Foreign Affairs Minister Melanie Joly and Defense Minister Anita Anand are among more than 300 Canadians who have been banned from Russia.

“I’m not surprised and I won’t back down,” Joly said.

“You have imposed severe sanctions, serious sanctions. At the same time, we see that unfortunately it did not bring an end to the war,” Zelenskyy said.

Canada is home to 1.4 million Canadians of Ukrainian descent.