Zero burns with gunpowder in Risaralda during the Christmas weekend 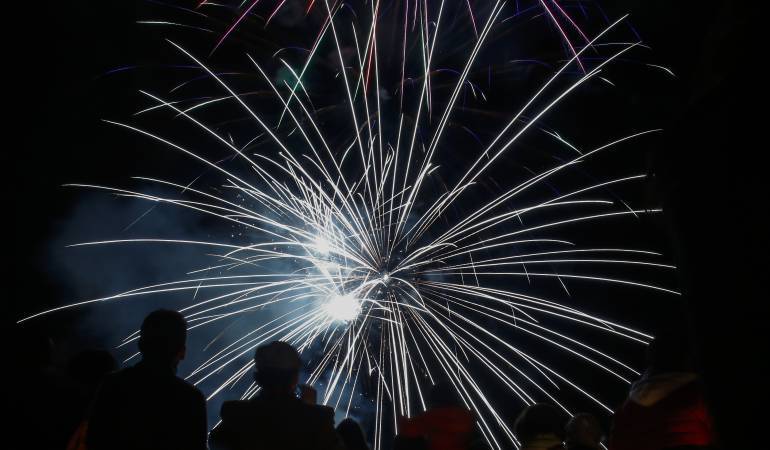 On a date when Pereira and its metropolitan area traditionally participate in many gunpowder burnings, officials have highlighted that on the night of December 24 and throughout the weekend, There was no case of people being affected by the handling of fireworks.,

Alejandro Arango, director of Pereira’s official fire department, highlighted that the number zero burn This was largely due to the prevention campaigns carried out in the previous months.

“We should report it Campaigns by firefighters from the city government and various institutions have borne fruitSo that people are not inconvenienced or burnt by gunpowder, especially our children”, said the director.

the only emergency that arose A vehicle was set on fire in the village of Las Mangas during Christmas Eve, on the road that connects Pereira with Corrigimiento in La Florida; The cause is under investigation, although it cannot be ruled out that it is a mechanical failure. There was no loss of life in the incident and the vehicle was completely damaged.

For his part, Sandra Gómez, director of public health of the Risaralda Health Secretariat, recalled that last year, between December 24 and 25, there were cases of injuries to people as a result of burning fireworks.

“During the Christmas festivities, no gunshot injuries were reported in any of the department’s 14 municipalities; In 2021, three injuries were reported With gunpowder, and for this year, the reports on these two days were nil. under which We urge all Risarldens to continue to spend these end-of-the-year celebrations responsibly, avoid the use of gunpowder”, insisted the officer.

officials reiterate Use of firecrackers without license is prohibitedTherefore, they will continue to conduct control operations in the business areas and roads of the department, demanding to stop the illegal business of gunpowder.

also emphasize the importance of All reported cases of human burns from these devices And do not use home remedies to control the injury, as this may worsen the condition and cause further damage to the burn site.