Zion Williamson blows up the ‘Pelicans’ 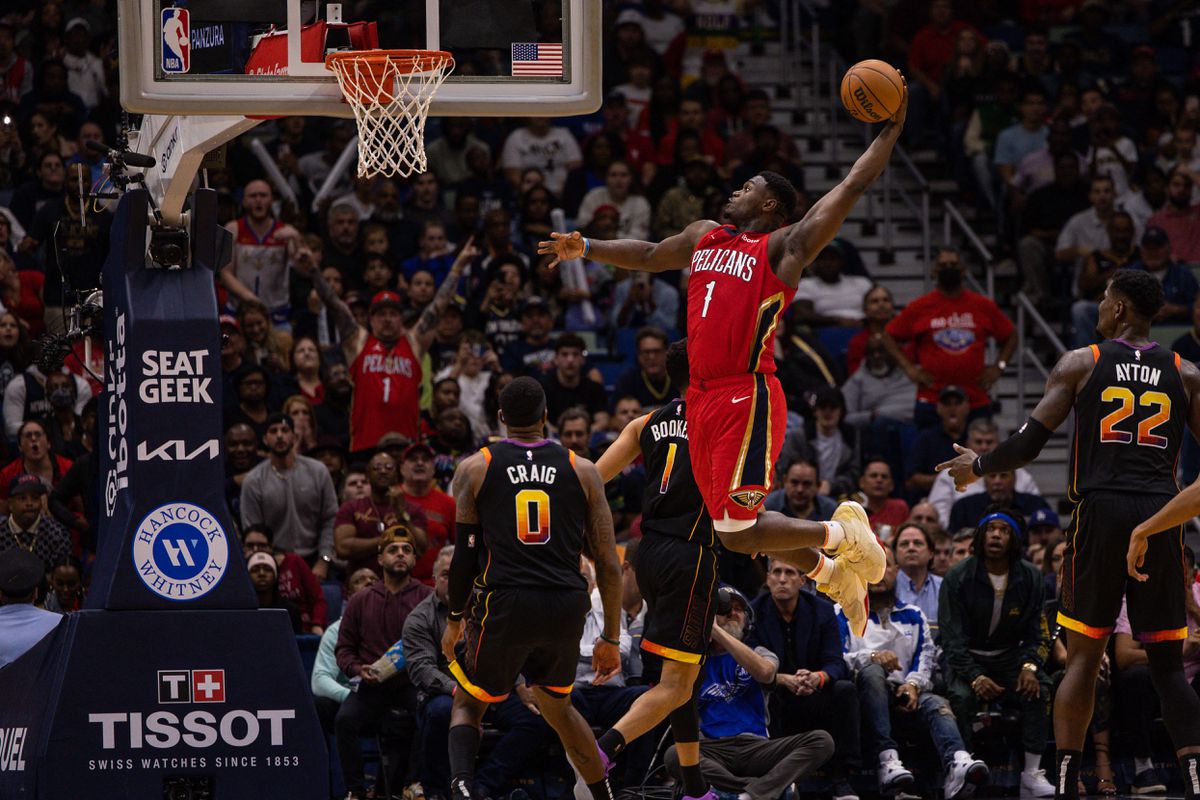 Zion Williamson has rediscovered himself. Last week he ended the overtime of a game against the Phoenix Suns with a play he had already made in high school. He was 16 when a video of him went viral: Zion was hitting back with a dunk after a 360-degree spin in the air. “I want to see the birth certificate. It’s not possible!” commented a comedian. Yeah it was. High school major Zion Williamson, unstoppable in one-on-one encounters, a physical powerhouse with incredible jumping power, is now playing in the NBA. With him, the New Orleans Pelicans climbed to the top of the American Professional Basketball League’s Western Conference, although they lost the lead to the Memphis Grizzlies this week.

Few players have attracted as much attention from such a young age as the power forward born in Salisbury, North Carolina on July 6, 2000. A high school kid was able to make 10 dunks and score 50 points in a single game, which put all the spotlights on him. Universities hit it off and he received a scholarship to Duke, a historic college basketball player under the command of Mike Krzyzewski.

He chose the number 1 shirt, which he kept and became the star of the team. The then President of the United States of America, Barack Obama, was in the front row at Duke’s field to enjoy the spectacle of the Duke-North Carolina derby on February 20, 2019, when Zion’s shoe broke, 36 seconds after the ball was thrown into the air. Gone. , and he slipped and sprained his knee. Manufacturer Nike lost more than 1 billion in value in the stock market the next day.

The player, 1.98 m and 129 kg, recovered from injury in time to fulfill all predictions placing him as the No. 1 draft player in 2019. former season. He signed a multi-million dollar contract. He was compared to Charles Barkley, Larry Johnson and LeBron James and it was suggested that he would mark an era. However, he suffered a meniscus tear in one of the preliminary games and underwent surgery on the eve of his official debut in the NBA.

He missed the first 44 games. He had to wait until January 22, but he entered the professional leagues through the front door, scoring 22 points in 18 minutes (17 in the final quarter), including four triples from four attempts. Again the beginning of an era was announced. He was compared to Michael Jordan. Either way, it was too late for Zion to propel the team into the playoffs.

In his second season he continued to break some personal records, averaging 27 points per game and was selected to the All-Star Game, but (again missing 11 games) he was unable to lead the Pelicans to the playoffs. However, the worst was yet to come for Zion. Prior to summer league, he had to undergo surgery for a broken foot and ended the season on the sidelines.

This was a new disappointment for Pelicans fans. When they’ve already lost faith, the star of New Orleans seems determined to get revenge. His best streak has come because of an injury to Brandon Ingram all Star and the team’s second leading scorer. Zion carried the team on its back like a high school and went on a streak of seven consecutive wins, until this week the Utah Jazz crossed their path and beat them twice, first on Tuesday and again this Thursday, extra In time, after an exhibition by their point guard, Jordan Clarkson. The Pelicans’ loss left their balance at 18 wins and 10 losses and allowed the Memphis Grizzlies (18-10), who beat the Milwaukee Bucks this Thursday, to remain in first place in the West.

Zion is in shape, despite the fact that the ghost of injuries hangs over him. He is invincible one on one by sheer power. His ERA before the basket is highest in the league. He gives a show with his mates and Alley-oops. He bounces and his jump causes blocks like few others. He has also learned to assist his teammates when close on defense. To become a more complete player, he needs to improve his outside shot (he barely shoots from the three) and implement something else on defense.

The Pelicans have evolved their game somewhat so that it passes through Zion’s hands a little less, but does so in more pivotal moments. In several minutes, when the team’s starting centre, Jonas Valancius, sits down, Zion has played only as an inside man, despite not reaching two meters in height, something he makes up for with his jump. This has been to the detriment of Willy Hernángómez, who despite his good form is hardly getting opportunities and has shown in the playing minutes that he deserves more time on the field.

Along with Zion, Ingran and Valanciunas, the starting five is complemented by point guard CJ McCollum, who is more motivated this year, and forward Herbert Jones, who has also been injured several games. Trey Murphy III, Jose Alvarado and Najee Marshall have also entered the rotation heavily. However, the team still lacks booze and Zion will need to blend well with Ingram to try and clinch the playoffs.

As the halfway point of the regular season approaches, the Western Conference is in a state of revolution not only because of the good performance of the Pelicans, but also because of the problems of the defending champion, the Golden State Warriors. They are tenth out of 15 teams in the West (with 14 wins and 15 losses) and have lost just a few weeks to injury to their great star Stephen Curry, who suffered a dislocated left shoulder in Wednesday’s loss against Indiana. Had retired. Fast bowler The alarm bells are starting to sound in San Francisco. Without Curry, the Warriors lose their game manager and their most lethal weapon. in their last match against pelican, They lost by 45 points with Curry absent.